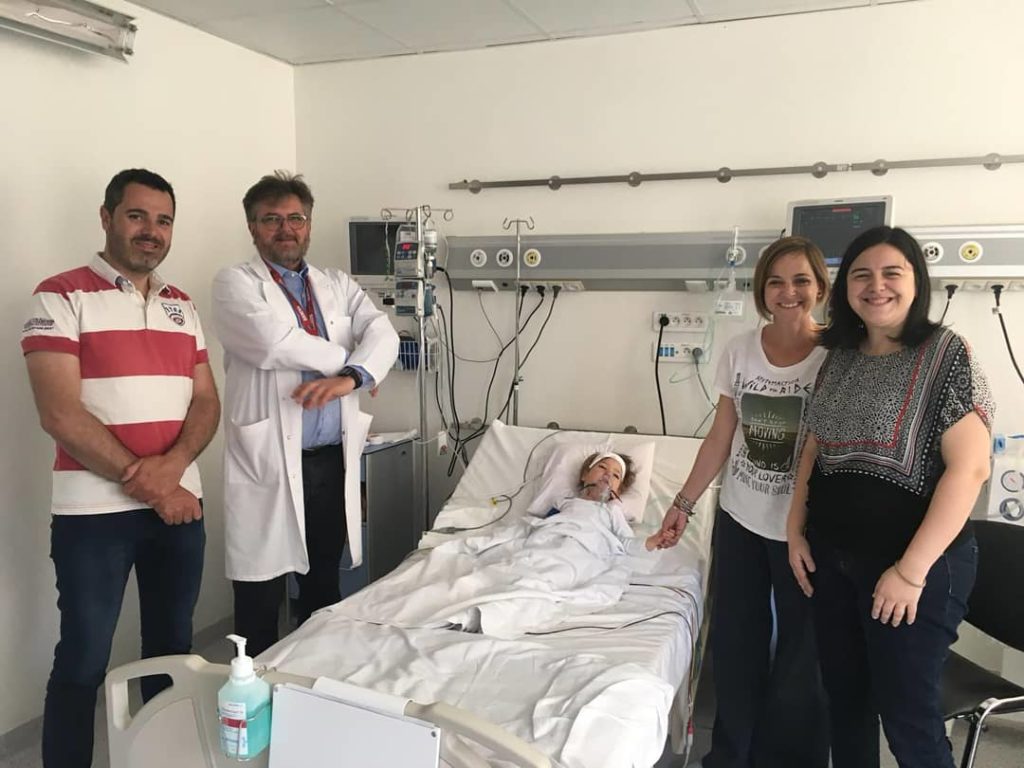 Four year old Irai had a rare disease that only affected around 130 children worldwide –  aromatic amino acids decarboxylase (AADC) deficiency, also known as Juvenile Parkinson’s. It is a genetic neurological disorder that affects the brain’s ability to produce neurotransmitters, specifically dopamine and serotonin, the most crucial ones for daily life. The lack of this protein results in a disconnection between the brain and her body with all of the consequences this implies.

Irai is the first Spaniard to receive gene therapy treatment to cure her rare disease. This is thanks to the Columbus Children’s Foundation which has pioneered a revolutionary project in Europe these past months. The objective is to treat children with rare neurodegenerative diseases, the first of which is the aromatic amino acid decarboxylase (AADC) deficiency.

Since the success of the clinical trials in the USA in 2017 in collaboration with the Ohio State University and the University of California San Francisco (UCSF), the first cases that have been treated in Varsovia have already proven to be a great success. Amongst them is also the success of Irai’s treatment.

On May 14th,  Irai was treated successfully in the Interventional Neurotherapy Centre of Brodno in Poland. The work of the medical team led by Dr. Krystof Bankiewicz, a gene therapy specialist and resident professor of neurological surgery in the UCSF, made all of this possible. Irai has been a tireless fighter since she was born. Until now, she wasn’t able to hold her head upright. She couldn’t sit down or use her arms or legs. She couldn’t speak, and she frequently suffered from painful episodes of neck tension linked with the diversion of her eyes called oculogyric crises.

A few weeks after the operation, the little girl’s development has been encouraging, and she has been experiencing the expected post-operation symptoms. These include spontaneous movements, insomnia, etc. In addition, the medication that she previously took to treat the condition has been gradually reduced. This is a large step for her and her family.

“Irai’s spontaneous movements have been decreasing, and it is truly impressive how she copes without complaints. She is also now able to be on the floor, which is great for her psychomotor development,” explains her mother, Carolina.

Despite having difficulty with sleeping and a significant reduction in sleeping time, all of the symptoms are good signs. “Her body is receiving the dopamine it was missing and that it wasn’t used to – this means that the operation was a success,” comments the president of the Columbus Foundation, Damià Tormo.

Gene therapy is a type of treatment that uses genes to treat or prevent diseases allowing the insertion of a gene into the cells of a patient instead of having to medicate or operate in order to treat the disorder. “The therapy aims to return to these children the information that they were missing when they were born,” points out Tormo.