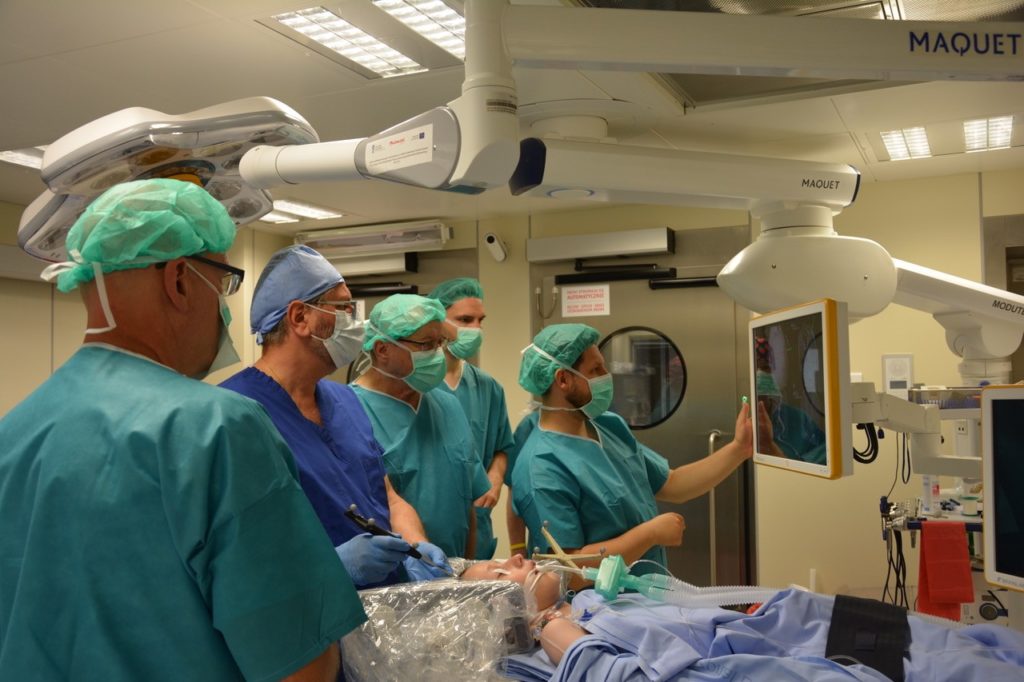 Yet again, it has been made possible – this time with the help of two donors. They would like to remain anonymous as what they are really interested in is being able to contribute to access to gene therapy for children with a rare neurodegenerative disease.

Ted is from Swindon, UK. Like Irai, he suffers from the aromatic amino acid decarboxylase (AADC) deficiency. Last May, he became the first English patient to undergo eight hours of brain surgery in the trustworthy hands of more than twelve medical experts in the Interventional NeuroTherapy Centre of Brodno Hospital in Warsaw, Poland.

Professor Krystof Bankiewicz, Professor Miroslaw Zabek, Dr. Jakub Onikijuk, Dr. Thomasz Pasterski and the rest of the surgical team were able to replicate with precision the pioneering gene therapy technique they used on Irai. AADC deficiency affects 130 patients worldwide and it is the reason why Ted has been in a chair for all ten years of his life.

For this disease, gene therapy replaces the enzyme that is lacking in the brain required to produce dopamine. It is injected slowly and precisely within a viral vector.

Gene Therapy was the solution

“When Ted’s parents, Sven and Zoe, said goodbye to him at the doors of the operating room, they were excited and frightened as to whether they had made the right decision leaving their 10-year-old son on an operating table. In reality, they had already made that decision a long time ago. The family knew that if Ted ever had the chance of receiving gene therapy they would have agreed,” explains Lisa Flint, the founder and general director of the AADC trust, an organization that brings together all those whom are affected by this disease. She was glad to be able to accompany the family all the way to Poland for the treatment.

Fortunately, the operation was a great success. Ted’s cheerful personality emerged after just a few hours when with a wide smile, the youngster asked his Dad for the iPad.  “It brought lots of laughter and emotional tears from his parents,” commented Flint.

With time, maybe within a month or more, the natural production of dopamine in Ted will make him experience changes in his body. All the medications he previously took will be gradually removed, and he awaits a future free from oculogyric crises and many more symptoms caused by this devastating rare neurodegenerative disease.

“Ted’s story is not the only one in the community,” comments Lisa Flint. “Already, nine children have undergone this pioneering and transformative surgery lead by Prof. Bankiewicz. Some of them had the surgery two years ago, achieving significant and surprising progress.”