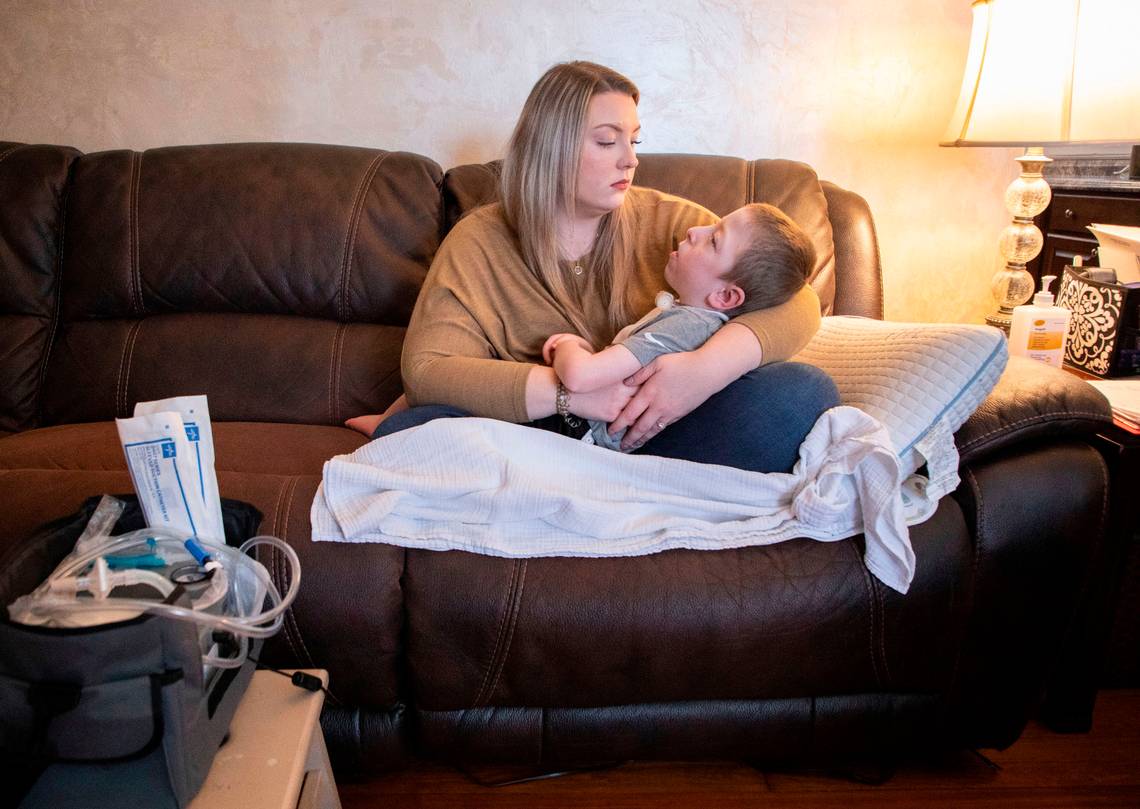 Five-year-old Boston Yannotti’s ear-to-ear smile masks what has been an extremely difficult childhood. The young boy, with reddish-brown hair and bright blue eyes like his mother, has been confined within the walls of his house for much of his life, unable to experience the world around him. A trip to the beach or the playground is all but impossible. In fact, simply holding his head up is a herculean task.

That’s because Boston suffers from an ultra-rare disease called AADC deficiency — a genetic disease that stops his brain from producing serotonin and dopamine, a chemical that moves electric signals through the brain and, in turn, controls bodily movement. “He’s been a prisoner in his own body,” his father, Michael Yannotti, said from their home near the Dan River in Eden, a small town around 100 miles northwest of Raleigh. “But he’s the strongest little fighter and still has the biggest smile you will ever see.”

Without the ability to produce dopamine, Boston can’t feed himself, sit upright or communicate. He’s prone to fits of oculogyric crises, which send his eyes upward and his muscles into painful spasms for hours. His small body, pale from a lack of sunlight, is stiff from a lack of use.

His parents, Michael, 26, and Claudia Moore, 25, live in constant fear of him catching a cold, flu or COVID-19 because he struggles to clear his lungs of liquid.

But that could all be about to change. In January, Boston received an experimental gene-therapy for children with AADC deficiency. If successful, his parents and scientists hope, Boston could begin to take control of his body for the first time. The two-way communication between the brain and the body could begin to work.